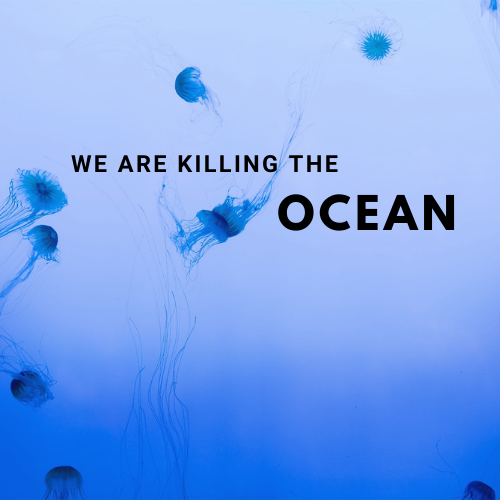 On average 8 million tons of pollution is added into the oceans every year. Per mile there are 46k plastic pieces in waters per mile. Pollution is killing ocean life every day.

“Pollution needs to go down, the rate is way too high and we need to focus on getting more recycling products in society,” junior Victoria Reinbold said.

One of the major pollution causes is when people throw away trash that can be recycled. People don’t realize how much recycling actually helps the environment. People are so quick to throw their trash away that they don’t take time to think about the environment they live in and breathe in. Only 9 percent of all plastic produced is recycled.

“It is super sad, I think we are ruining this perfect beautiful Earth we were given,” math teacher Emily Russell said. “I feel so sorry for the animals who can’t do anything about it. Plastic is the worst in the ocean in my opinion.”

The Earth is slowly dying because of the living beings on it. The more trash that is thrown away (that can be recycled) the more the ocean is dying. A truckload of plastic trash is dumped into the ocean a day. The pollution is getting worse and worse each second. Some countries and cities are trying to help but it is not enough.

There could be more plastic than fish in the ocean by 2050. The Ellen MacArthur foundation in partnership with the World Economic Forum found that if the pollution continues at this rate it will be larger than the population of fish by 2050. In 28 years it will be 2050.