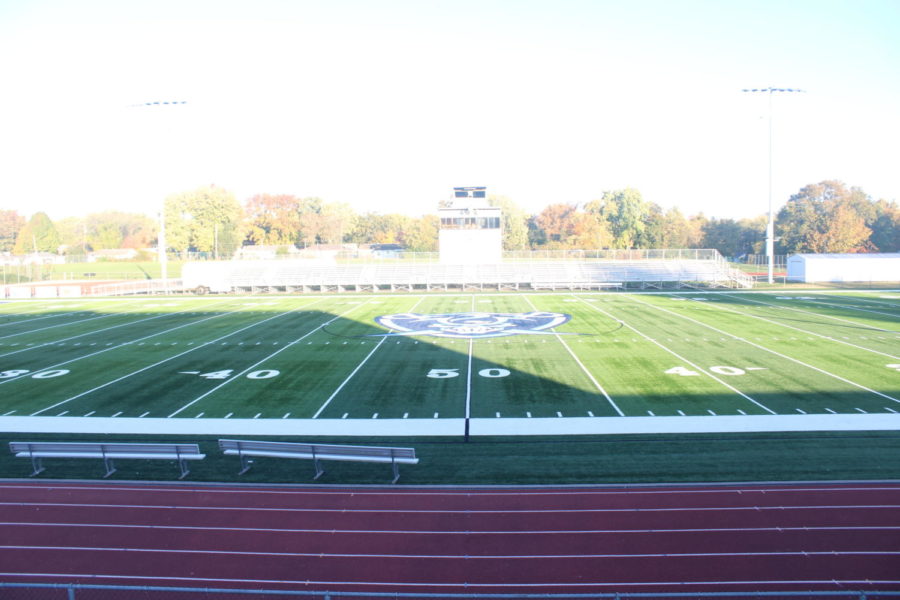 The new turf on the field at SCHS

As fall sports come to a close, one thing is for certain, the turf on the field is much cleaner and nicer. It is brighter and it pops out a lot better than the warm down turn that was previously there.

“It didn’t really have that much personality, but now with the new turf it feels like it’s a part of a school and it’s something I can take joy in,” Drum Major Caleb Mertz said.

As the years went on, the turf has gotten used a lot and as a result, it is just like used up carpet. Right in the middle of the field, you can see the pirate pride logo laying proudly on the turf and shows the school spirit of SCHS. The school in total spent around 500,000 dollars to better improve not just the field, but the safety of the kids on the field so no one gets hurt.

“Sometimes when I would move backwards, you would get this weird rough patch and kind of slip sometimes, so it’s really nice though to have new turf,” Marching band member Edward Page said.