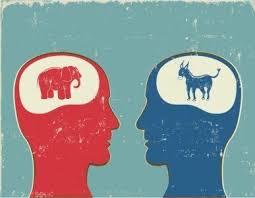 There are many different political parties but, the two primary ones are Democratic and Republican. Although these are the primary parties there are many more such as Green, Libertarian, Independent and much more. As shown in this chart a majority of the students do not identify with a particular party. The red is for the Republican party and the blue for Democratic. The other colors are all the independent responses. 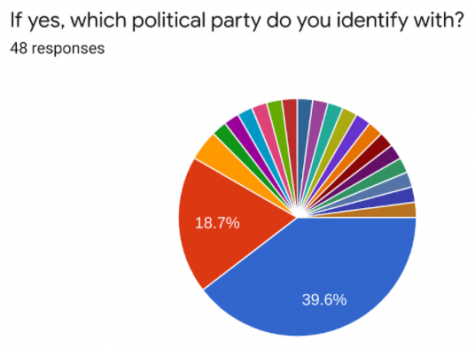 Madeline Spencer who identifies as independent says the reason she identifies independent is “Every experience I’ve had has influenced my identity, some more than others. I would say a few core factors that have shaped my identity are my privileges: being white, having financially stable and supportive parents; my identity as a lesbian trans person; my artistic passion; and me being a “gifted” person.”

“I did some research for my AP Gov class. That is how I learned about the party originally. I looked at the party’s views on abortion, gun control, and LGBTQ rights. They believe women have the right to control their own bodies, background checks to buy guns should increase, marriage rights for all, and equal protection under the law for all people of all sexuality and genders. These three topics are really important to me.”