Jingle Jangle: A Christmas Journey, a new Christmas musical which debuted on Netflix, has brought back the magic of Christmas movies to the homes of many across the world 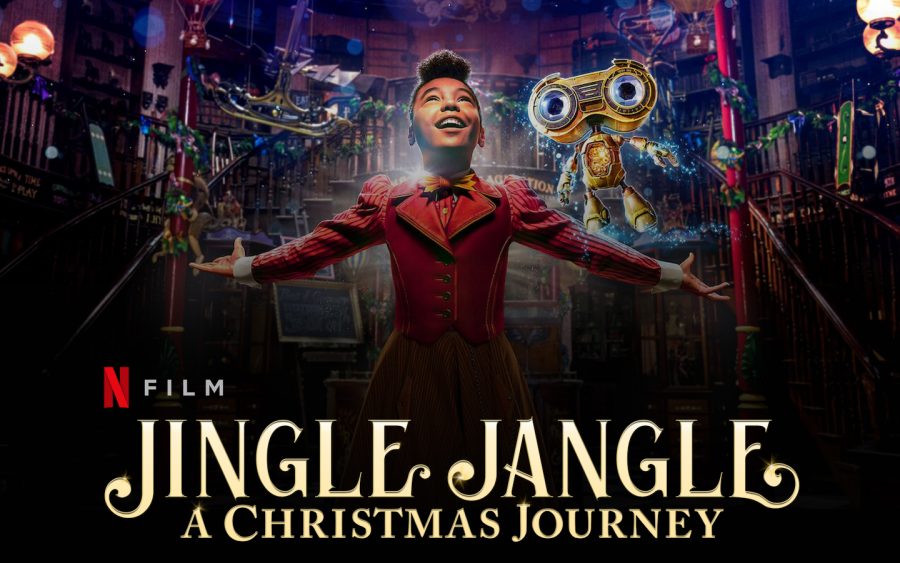 Jingle Jangle tells the story of Jeronicus Jangle (Forest Whitaker) a brilliant inventor who has fallen into hard times after his most trusted apprentice Gustafson (Keegan-Michael Key), stole his book of inventions. It turns out to be Jeronicus’ granddaughter Journey (Madalen Mills) that revitalizes his spirit and jolts him back to his years of being the most famous inventor in the land. It quickly becomes apparent that one aspect of the film that will cause conversation are the songs inside of it, which are sung by a multitude of characters.

One way to get people talking about a movie is having a star-studded cast. But in Jingle Jangle’s case, they have a star-studded team behind the writing of the songs. Philip Lawrence (eight-time Grammy winner, part of Bruno Mars’ production team) as well as music icon John Legend are two of four that helped bring the songs of Jingle Jangle to life, the other two being Davy Nathan (also on Bruno Mars’ production team) and Michael Diskint. The opening number “This Day” lets the audience know immediately that this Christmas movie will be like no other. “This Day”, which still retains the Christmas feeling, incorporates some hip-hop, making it a different, yet exciting and fast-paced song that introduces the main component of this movie: fun. One of the most surprisingly enjoyable songs in the film was Keegan-Michael Key’s character Gustafson, performing “Magic Man G”. This song is accompanied by a brass band, and feels much more like a villain song than the rest, yet there is still the feeling of Christmas along with it, giving it an excellent balance. The overall best song within the film however is “Miles and Miles”. This song incorporates an incredible performance by Marisha Wallace, an impressive contrast with the bass background singers, and some comedy sprinkled in. Overall, the songs within the film are one of the most memorable aspects and shouldn’t be overlooked.

When the viewer first meets Jeronicus Jangle, he is seen as an uplifting and ambitious inventor, looking to give his wife and daughter the best life possible. People would flock into his store every day, and would be injected with holiday spirit and Christmas joy. However, after Jeronicus has his book of inventions stolen from him by his apprentice Gustafson, he falls into a state of sorrow and regret. As the years pass, Jeronicus becomes distant with his daughter, and continues to live his life within his store, which becomes a pawn shop that is overdue on rent. When his granddaughter Journey enters his life, he rejects her company and wishes her to go back to her home. Despite this, Journey sticks around. As the film progresses, it’s clearly seen that the bond between Jeronicus and Journey grows, and the Jeronicus the audience knew at the beginning starts to be reborn. Jeronicus starts smiling more, starts being nicer, and even begins to believe once again in the magic that he possessed in his inventing skills. Once the end of the film comes around, Jeronicus’ character arc has come full circle. The audience watches him go from an acclaimed inventor, to a forgotten old man, and then once again back to his former self when he was a beam of light that would shine all over, spreading Christmas magic.

One of the standout performances in the film and most unexpected was Madalen Mills as Journey. As she delivers her lines next to veteran Forest Whitaker, it’s clear to see the pure talent that Mills brings. Not only that, but her chemistry with Whitaker seemed extremely natural and genuine, it was extremely convincing that they were related to each other. She brings confidence, emotion, prowess, and she actually sang all of her songs in the movie, which just adds another layer of talent. Her performance is conveying and she makes it to where the audience genuinely cares about her and is locked in to every scene she appears in. The performance that Mills brings to the table is nothing shy of immaculate, and it promises a bright future ahead of her if she stays within acting.

Overall, this movie has everything you want out of a fun Christmas movie. It has heart, excitement, great songs, amazing performances, many memorable moments, and is just a great experience for a family looking to sit down at home and enjoy a new holiday movie. This movie is perfect for those who want to be put in a good mood and remind them that Christmas is truly magical. Other reviews written for the movie can be found below.