A Choice of Learning 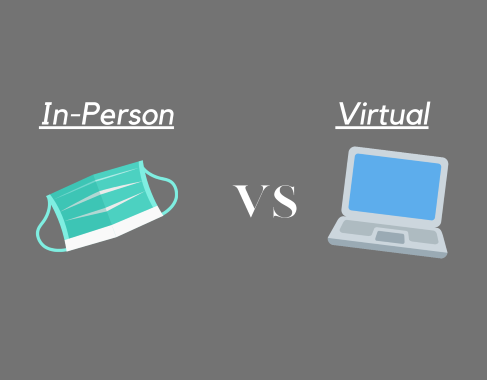 For the upcoming semester, 66 percent of SCHS students have chosen to attend in-person, while 34 percent have chosen virtual learning, according to Registrar Amy Robertson. That means 12 percent of students are changing their type of learning from the first semester. At the beginning of the school year, students chose whether they wanted to do virtual or in person learning. The numbers of students have changed from first semester to second semester.

“Right now we have 60 percent of our student body attending in person and 40 percent virtually. I started tracking changes after the first 10 days of school. Since then we have had 127 changes, some of these include a change back again to the original instruction choice,” Robertson said. “All of these changes were approved through Mr. Walker.”

Second semester is right around the corner now and a few weeks back, the students chose to either switch their choice of doing virtual or in-person

“We had a decent amount of kids who were virtual who were going to come back,” Assistant Principal Jeff Thorne said. “There are a lot of things coming into question like the CDC and the Health Department since they changed the quarantining protocols.”

With the new quarantine protocols, a family’s decision to send their kid back could be altered. Now if someone gets quarantined by contact tracing the student can go to school, but only to school. They aren’t allowed to go anywhere but school and home. The change to the quarantine protocols brings a handful of different reasons for some families to want to keep their kids home.

The changes from in-person to virtual or the other way around have to be switched by the registrar to make it easier to track students.

“Mrs. Robertson has to switch things in the computer so that the attendance can be accounted for accurately,” Lead Counselor Julie Basler said.

These numbers are still changing and won’t be set until the second semester starts. And even then, some students will change their decisions so numbers are always changing.