SCHS is having its annual Winter Formal dance on Feb. 22, at 7 p.m. in the main gym, come rain or shine 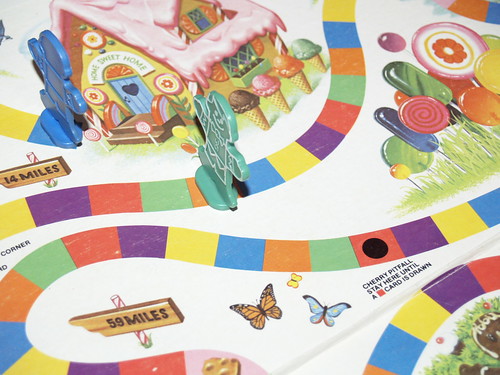 Every year StuCo executive board members come together to decide the theme of the dance.

“The theme is Candyland, and we’re still developing final decor,” StuCo sponsor Tori Ramsey said. “Using the board game by the same name and other candy-related imagery is our intent.”

“Well, I usually just kind of think of themes and then write them down. Then when we had a meeting to discuss themes for Winter formal,” Public Relations Officer Ava Rusbacky said. “I just pulled up the list and then Sabrina [Holtgrewe], Livy [Pothoff], and Zoe [Crader-Stowers] (the exec board) seemed to really like Candyland so we went with that.”

The StuCo members have had the idea for the theme for a while now.

“Well, we picked a theme almost right after homecoming, and ordered the decorations earlier last week,” junior Whitney Newtown said. “We set up the night before and I think it’s going pretty good so far.”

Every dance has to have snacks, right?

“I think we are in good shape so far. After you pick the theme and gather decorations all that’s left is the act of decorating,” President Sabria Holtgrewe said. “I hope everyone likes the theme, we are planning on having some candy appetizers at the dance as well. I think it will be a fun night.”