Not a Secret, Just Nature 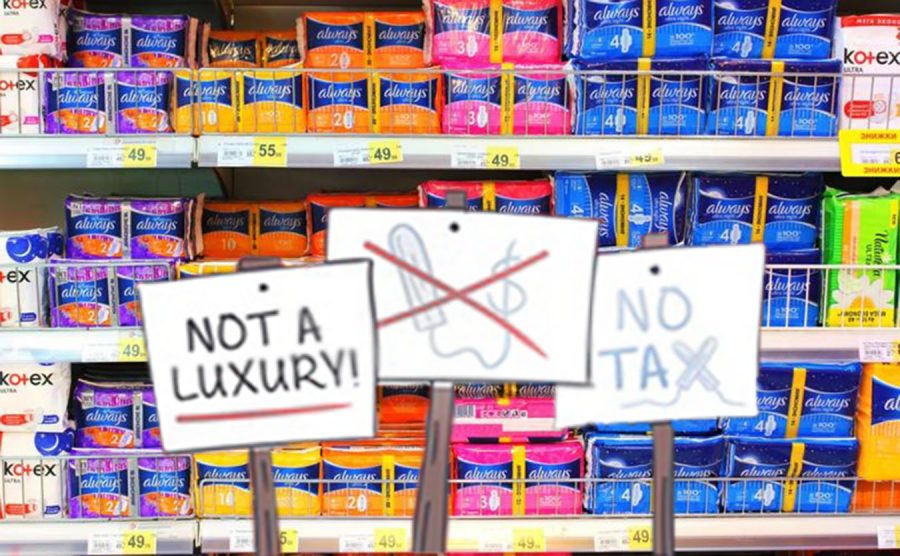 shelf of pads and tampons with protesting signs

Even though most people don’t like to talk about menstruation, Missouri lawmakers are now discussing it.

Missouri House Bill 1954 is one of the two new bills that are coming up in the legislation. This bill would require school districts to provide feminine hygiene products at no cost in middle schools and high schools and other charter schools.

Another bill that is trying to be implemented into Missouri law is House Bill 2065, which would change the laws regarding the taxation of feminine hygiene products as well as diapers.

Now the question becomes, is this a necessity for female students to have pads and tampons provided? According to School Nurse Casie McKinney, she doesn’t believe there is an overwhelming need for school districts to pay for feminine hygiene products.

“I have not seen a need for free feminine products in our school,” McKinney said. “However, that does not mean there is not a need. Many students who do not have access to these products may feel embarrassed and don’t ask for any help.”

Furthermore, Head of Guidance Department Julia Basler also agreed that there isn’t an overwhelming need for feminine products to be provided to all female students.

“ I believe that for those that need them and have financial difficulties getting them, that it is a good idea,” Basler said.

However, the female students at SCHS disagree with this ideology. Students like junior Caroline Gooch believe there is a need for feminine products to be provided to students.

“Some girls are in situations at home where they may not be able to afford them and it’s something that would be helpful to all the girls at SCHS,” Gooch said.

Additionally, junior Kaylin Wright believes that pads and tampons should be free to women.

With the bills still being debated, students like sophomore Cheyenne Hayes thinks that if the bills get passed, it will improve a lot of things in the lives of women around the state, and hopefully spread to the rest of the world.

“I can’t count the number of times that my female classmates have asked me for a tampon or a pad. It would also help people who can’t afford feminine hygiene products themselves,” Hayes said. “ It would honestly make periods so much easier if I didn’t have to freak out about remembering to bring stuff to school.”

Here are the links to both House Bills: