Sad End To A Season Only To Start A Brighter One 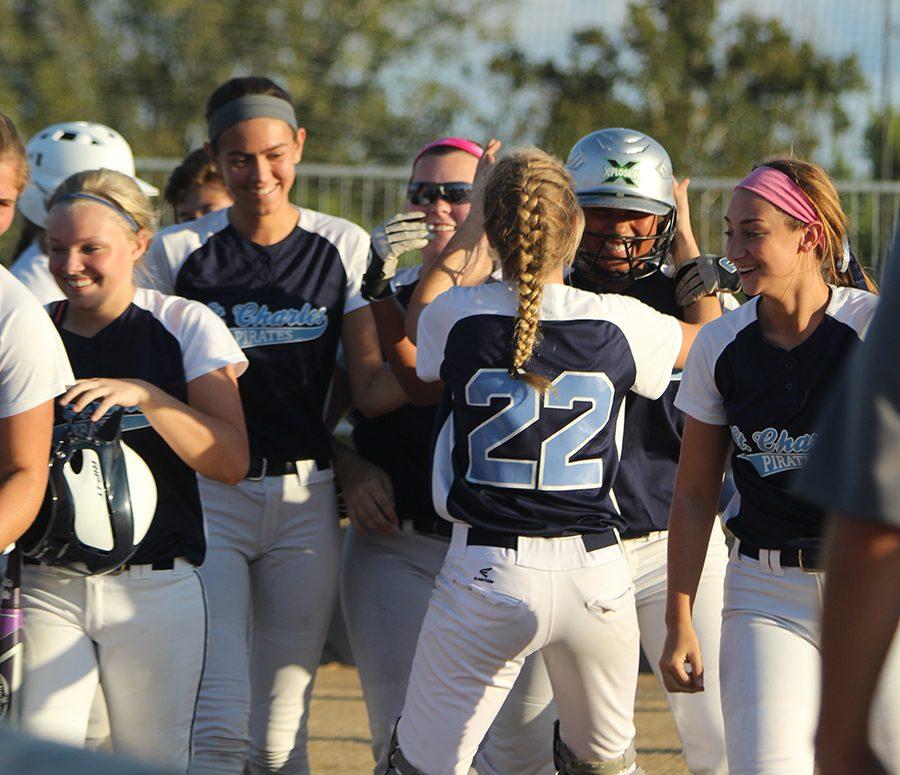 The Pirate softball team ended their season with six more wins than the season before with a bright future ahead for their program. Graduating only two seniors this year, Coaches David Jones and Aaron Wright are anxious to start next season to see if their girls can capitalize on an already fantastic season prior.

The coaches also gave out team awards to the players for the hard work and passion over the course of the season. Gold Glove went to Ryley Schaub, Silver Slugger was awarded to Kylie Swinney, Rhyen Mills won Utility Player, Most Improved went to juniors Tayler McClellan and Jenna Wolf. And the varsity MVP was Rachel Payne, who pitched a majority of the season and still batted .375.

Seniors Gracie Wrinkle and Breanne Martin also gave their speeches to their team as one last goodbye for the next year. Wrinkle’s in particular spread an emotional wave over the team during their last get together before the next season.

“I was happy to be able to give a speech. It made it memorable for me,” Wrinkle said. “It was a lot of fun and very emotional.”

The players are excited for next season after beating higher seed St. Charles West during districts in an extra-innings thriller. They were beat by the eventual district champion St. Dominic Crusaders, but this young team is excited to get back to work and do even better than they did this year.

“Not just freshman, but everyone should continue to push themselves and each other to be better softball players,” Jones said.