Legislature requires pledge to be made daily

by Alec Gray and Julia Scofield 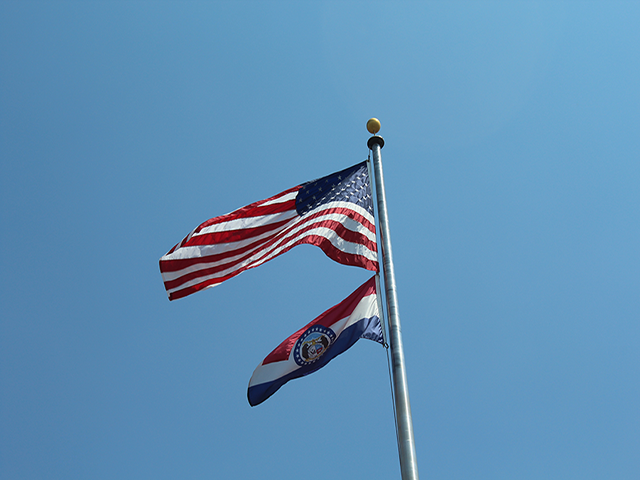 The flag of the United States outside St. Charles High School with the flag of Missouri below it.

On Aug. 26 Senate Bill (SB) 638 was put into effect across all Missouri schools. It includes changes such as mandatory Dyslexia testing, Childhood Trauma treatment groups, and the most apparent addition: students are to recite the Pledge of Allegiance once per school day.

“My superintendent sent me an email on August 19th telling us about the bill and how the pledge of allegiance must be sang daily by students,” Principal Jeff Walker said. “He had us confirm that we read the email and plan to implement this August 28th.”

All schools in the district we’re required to implement this, but for High, Walker said it was “pretty easy since we do announcements every day.”

Staff members were caught by surprise by this regulation leaving students confused the first day it took effect.

“It’s not a bad thing,” senior Bryce LaBarge said, “but it can get annoying. It threw me off the first time they made us sing the pledge when it wasn’t the first day of the week.”

“I think we should show patriotism towards our country. I’ve been to other countries around the world that aren’t as fortunate as we are to have the freedoms we have,” Shipley said. “I’m glad we’re doing it.”

However, Walker remains a skeptic. 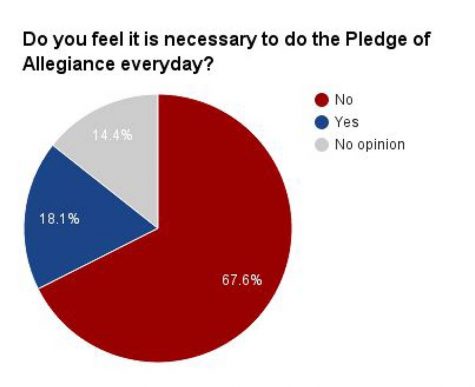 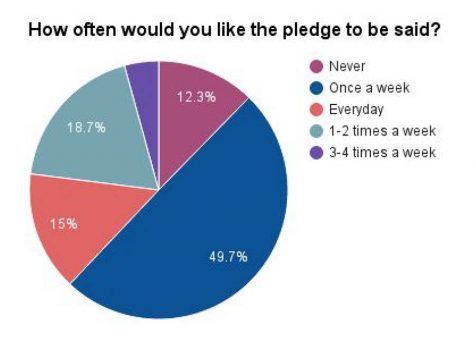 Is everyday too much?

Schs students’ opinions on the pledge of allegiance and whether or not we should say it every day.

There have been many changes in SCHS after a year. Four days of finals, different grading system, and now changes in A.I.P. Our school has recently installed a new Pledge of Allegiance policy (see pledge poll), and they have started to do announcements during A.I.P. Some students don’t mind doing the announcements and the pledge.

“I just listen and keep on thinking,” SCHS student Dominick Schubert said. Although when it comes to the pledge some aren’t thrilled about it.

“I don’t like it because I have to stand the whole time,” Schubert continued.

Although some students are not the biggest fans.

“I hate how we have to say it every day; It makes me less patriotic.” SCHS Senior Destiny Nezam said.