Pirate Softball On Track For Much Improved Season 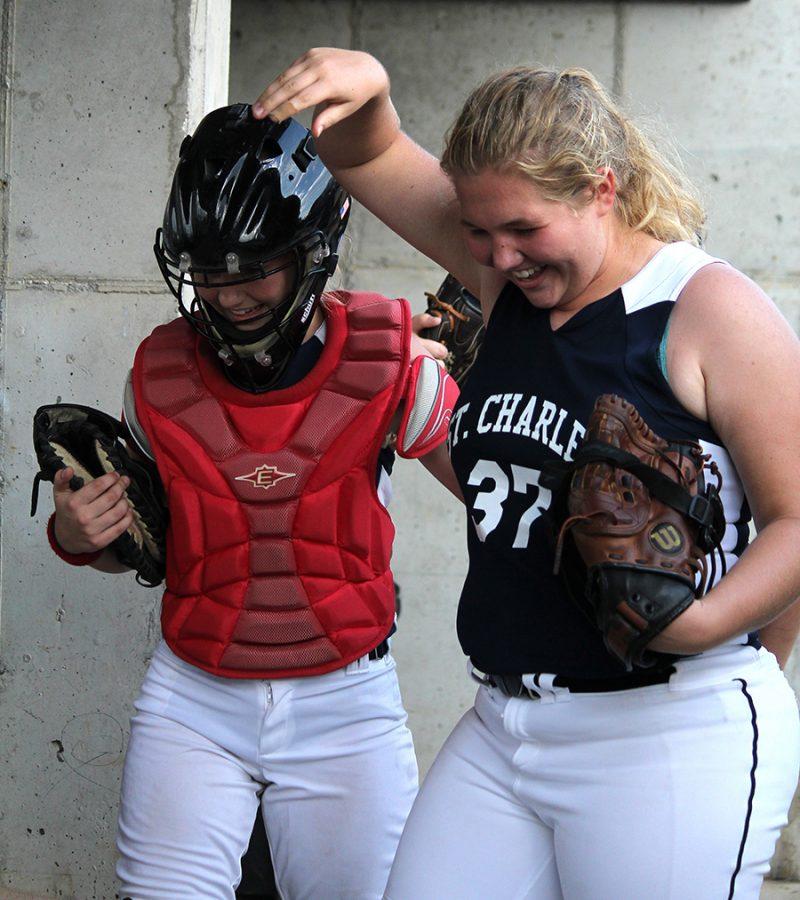 High’s softball team won only one game last year and were knocked out in the first round of districts. Graduating only three seniors last year with a promising incoming freshman class on its way, Head Coach David Jones and Assistant Coach Aaron Wright had a lot of time to think over their team’s starting nine.

“We’ve raised the expectations on the players and the coaches this year and we’re executing,” Wright said. “We’re beating the teams we’re supposed to.”

The Pirates started their season on the right track by getting their first win of the season on the road when they battled their way to a dominating 16-5 victory against Nerinx Hall. Although dropping the next two games at home against the defending state champion Warrenton Warriors and Fort Zumwalt East, the team was able to go above .500 with two double-digit obliterations on the road against McCluer and rival Duchesne who ended the Pirates season in the first round of districts last year.

“We have a nice mix of upper and lowerclassmen who all contribute,” Jones said. “We think this is going to set us up nice for this year and the future.”

“We’re a lot of more focused and determined to win this year. There’s more of a sense of teamwork,” senior Gracie Wrinkle said.

“It feels good to finally play how we practice,” junior Courtney Higgins said.

One of the more uplifting parts of this year’s season is the Pirate’s home softball games are being played at Lou Brock Stadium at Lindenwood University. For about 30 years, Kiwanis Park was the place where the team played most of its home games with the occasional game at LU. Kiwanis was not the most comforting for the players and the spectators due to its location near a water purification factory and a railroad track.

“The field itself is nice, except the dimensions suppress our offense,” Wright said. “Because it’s hard to monitor, you get weird things such as broken glass, needles, graffiti, strange characters at odd hours like two shirtless men slap-boxing, not to mention all of the Pokémon Go players.”

The softball players worked hard from last November to July. The coaches and players believe in themselves and each other, and they believe they can make some noise this year when the time comes.

“[We have to] keep hitting and putting the ball in play,” junior Ellie Miguel said.

“Keep giving it our all in practice and keeping the same mindset at practice,” junior Carly Hesskamp said.

“[I’m] very happy with the direction that we’re going. We need to focus on making it consistent everyday,” Jones said.